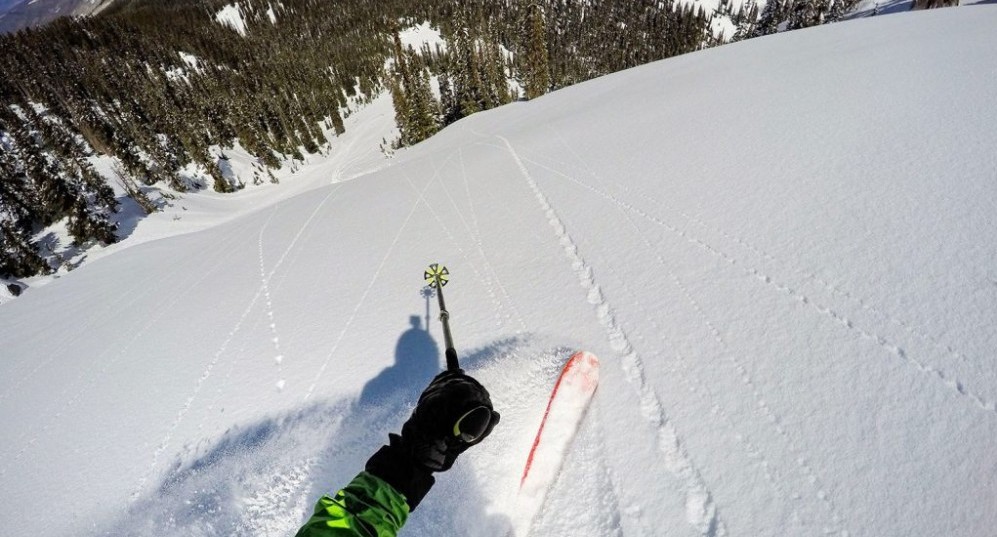 The age of the action camera hero is here. YouTube has exploded with amazing videos of amateur sports stars achieving super stardom that most can only dream of. I discovered on YouTube some videos under the title of “People are Awesome” where the footage produced, shot mostly using personal on-board action cameras, makes one want to go out there and try some crazy stuff.

These cameras have been designed to withstand some of the harshest environments and abuse that can be dealt out by aspiring sports superstars. Some of the considerations that needed to be addressed were shock, vibrations, dust, water, extreme heat and cold to name just a few.

GoPro was one of the first and is probably most well-known of the camera manufacturers offering their Hero series action cameras whose revolutionary compact design opened the door for every person to create footage of themselves and others doing very cool stuff. Since then, many of the other mainstream manufactures such as Nikon, Sony and Drift have entered with their own versions namely the KeyMission, FDR and Ghost respectively.

These cameras traditionally are pretty expensive with the latest GoPro Hero 7 Black costing well over $400. These cameras are built to take a beating but I still find it hard to scratch and bash something that I have invested that much money into, but then again, that’s exactly what they have been designed for. There are a number of Chinese manufacturers that are entering the market with some more affordable units that will not break the bank. Yes these might not be 100% Hero 7 materials but if one is paying half the price and you are willing to accept some compromises such as branding then it might not be such a bad idea to look into.

Some of the top Chinese alternatives that are entering the market are:

Traditional Chinese quality has often been labelled as questionable however these manufactures are making strong inroads in the market with some really positive reviews from customers.

With so many options available to customers, it could be a little difficult to know where to start. I was faced with this issue when I was looking to purchase my first action camera and I was very fortunate to have a friend that worked for a specialized photographic outlet who was able to guide me through the process.

The camera units themselves have all been focused on being as compact as possible with a balance between size and still being able to use the buttons and screens being a tough compromise to solve. Most of the size is actually taken up by the housing needed to reduce the shock to the electronics and to keep it dust & water tight.

There are 2 main designs types where GoPro & Nikon opting for a cube design and Sony & Drift offering a bullet shaped design. An interesting difference that is apparent from the start is that the cube design allows you to remove the camera electronics from the housing while the bullet design has an integrated electronics/housing design that requires considerable effort to separate the two should you need to. This does not mean that the cube design is automatically better as the older cube models do not come with an integrated screen as this needs to be purchased as and extra whereas most bullet shaped cameras include a screen on the side as part of the base unit.

There are some drawbacks in terms of size when comparing the bullet design to the cube. The cubes tend to be smaller and are less conspicuous when mounted facing forward, for instance in front of a motorcycle helmet rather than on top or on the side.

With size being one of the most important consideration, companies like SanDisc, Samsung and Kingston have developed a range of Micro SD cards that have huge storage capacities specially designed for action camera HD and 4k Video Storage. The smallest recommended Micro SD card is 64GB as anything smaller will leave you feeling frustrated with either having to constantly download the content to make space for new content or being forced to prematurely delete content in favour of freeing up storage space.

At the moment the Micro SD cards come in a few standard sizes with the prices starting at around $15 and ranging to around $250 however I did find a special on amazon where a 400GB SanDisc was being sold for $113. That being said, if you have a bit of time to play with then look out for the sales and you can save some money.

The sizes that are relevant to action camera storage are as follows:

This is a little of a subjective point as it depends on a number of factors. Factors such as WiFi connectivity, temperature and display mode all influence the battery life of these cameras.

A number of manufactures have designed these cameras with removal batteries to allow for easy change out during shooting. So while this is not the best option when the camera is caked in mud, water and/or sand, it is substantially better option than having to plug the unit in and wait for the onboard battery to charge before it is ready for use again.

Unfortunately, GoPro has opted for an integrated battery system which in theory provides around 40 mins of continuous video shooting. This however, after 30 mins of continuous 4k recording, the battery starts to overheat and the unit needs to cool down before one can use it again. So while this integrated system has allowed GoPro to reduce its profile, it has added some side effects to the design too. Power banks are an easy way to recharge the units on the run to ensure that they are always ready to go when you are – here is how to calculate a power bank to suit your needs.

The need for integration into other mobile devices can be seen in the development of all of these action cameras. As a standard, manufactures have designed these units with both WiFi and BlueTooth capabilities. The reason for this is to enable fast uploads and downloads along with adding some cool features such as wireless mics and so on into a fully integrated package.

Wireless controls are a great feature with cameras that are permanently mounted to a stable platforms but not necessarily accessible during shooting. The drawback of these wirelessly connected controllers is that it drains the battery and can lead to headaches with cameras not being available for extended periods as a result of depleted batteries.

Regardless of the brand that you purchase, as a standard, every manufacturer offers some basic mountings together with the basic unit when buying an action camera. This is an area where 3M Tapes have excelled as they supply the manufactures with bonding tape for their permanent mounts. The GoPro utilizes a finger joint system that is fastened in position using a screw with the Sony and Drift utilize the standard camera screw mounting.

There are a number of companies other than the original equipment manufacturers (OEM) that supply both mountings and conversion kits from one mounting to another. To illustrate some of the cool mounting possibilities, this is a picture of mounting devices that are used to fix action cameras to your beloved canine companion: 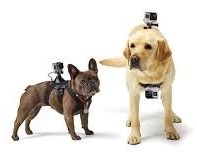 I think its incredible how creative people have become and how many new exciting avenues have opened up. Here is an example of a video I found on YouTube shot using a GoPro while it is mounted on the back of a Labrador: 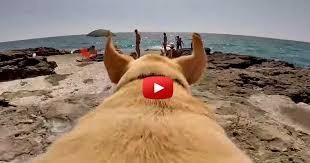 So I am sure by now your mind is a swirl with all things electronic. There a few simple keys here in choosing an action camera that will add an awesome dimension to your holiday adventures namely:

While learning a new skill can be frustrating at times, this is meant to be fun. So keep your expectations in check and enjoy the journey of making your own holiday adventure films.

Claim for your last Delay

Record All Your Travel Memories